Want to Champion Workplace Diversity? Be an Ally

Allyship in the workplace is a powerful tool for eliminating deep-rooted biases against marginalized groups and creating a culture of diversity and inclusion. 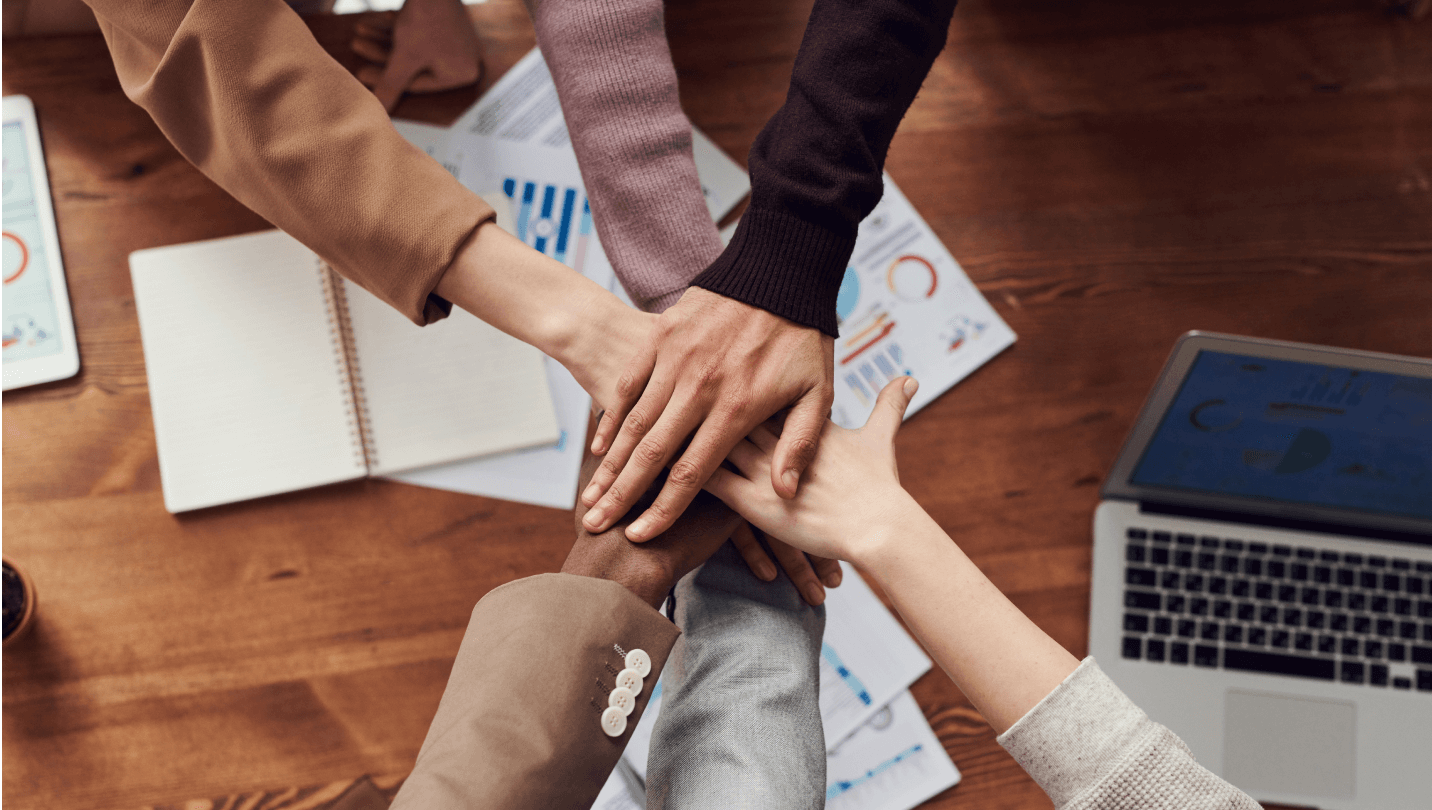 In its 2021 State of Diversity, Equity, and Inclusion Report, Lever (a company that offers recruitment solutions) stated that 95% of the employers it had surveyed said they had introduced new DEI measures in the past year. However, this claim was backed by only a quarter of the employees surveyed. The reality is that despite the buzz around corporate DEI training, marginalized professionals continue to struggle with low pay, low retention rates, and poor career progression. They still have their competence questioned and their voices silenced. Women, especially women of color, continue to be undermined professionally compared to their male colleagues. McKinsey’s Women in the Workplace 2021 report says, “Black women are four times as likely as White women – and Latinas and Asian women are two to three times as likely – to hear people express surprise at their language skills or other abilities.”

So, what must a company’s DEI approach be like to create a workplace that is accepting of all? How can employers and employees make diversity and inclusion an intrinsic part of their everyday interactions? The answer lies in allyship – specifically, in the creation of a network of allies who support and advocate for their colleagues who are still struggling to be heard.

Allyship in the workplace

Dictionary.com defines allyship – its word of the year for 2021 – as “the status or role of a person who advocates and actively works for the inclusion of a marginalized or politicized group in all areas of society, not as a member of that group but in solidarity with its struggle and point of view and under its leadership.”

Today, most people might identify themselves as workplace allies, but research shows that the term is used quite loosely. In Deloitte’s 2019 State of Inclusion Survey, three in four respondents said they were comfortable talking to others about workplace bias but when they actually witnessed or experienced bias, one in three admitted to ignoring it. Being an ally in the true sense means that when you encounter bias, you not only speak out against it at that moment but take follow-up actions to drive systemic improvements in workplace policies and practices. This requires commitment and courage.

Here’s a checklist of what it takes to be an ally in the workplace:

Learn to act for all with Learnit’s Allyship workshop.

Allyship and the benefits of inclusion

The previously mentioned Deloitte study suggests allies may be the “missing link” in creating diverse and inclusive organizations, the top advantages of which are:

On the other hand, working in an organization with a culture of exclusion is markedly less rewarding, even for those not directly discriminated against. Employees told Deloitte that the bias they had witnessed or experienced had soured their work experience – 68% said it had hit their productivity, 70% said it had lowered their engagement levels, and 84% said it had had a negative impact on their happiness, confidence, and well-being.

Allyship takes courage and persistence. Here are five tips on how to be a great ally in the workplace:

Learn about the struggles of historically excluded groups. While it is a good idea to speak with as many marginalized colleagues as possible to gain direct insights, keep in mind that it is not their job to educate you. You must do that independently, whether it is by reading books and papers, watching videos and documentaries, or listening to podcasts. Remember that not everyone from a single group has the same experience. The struggles of White women and women of color differ vastly. Similarly, LGBTQ+ women are significantly more likely to be victims of bias than women overall. Only by fully understanding their fight with injustice can you be a force for good, with the power to bring about transformative changes in your workplace.

A good way for allies to use their privilege and influence while also educating themselves is to organize seminars, webinars, and panel events and invite underrepresented colleagues to share their experiences with inequity. Listen attentively and with empathy. Use the information gained to raise awareness about existing discriminatory behavior in the organization. As an ally, educating yourself also means being aware of and acknowledging your own implicit biases, which contribute to the organization’s overall culture of exclusion.

You may also be interested in our Empathy workshops, which will help you interact with compassion.

2. Pay attention to the smallest details

Discriminatory behavior isn’t always obvious. More often than not, it is understated, casual, even friendly and not intended to harm – but still painful to the people it is aimed at. These subtle slights and put-downs are called microaggressions. In a 2019 Deloitte survey, 83% of those who experienced or witnessed workplace bias said it was indirect or subtle while only 32% termed it blatant and obvious. Take the case of a boss who compliments an Asian-American employee on their perfect English, forgetting that English is the latter’s first language. What might seem like an insignificant comment to one is degrading and demeaning to another. What you, as a member of the privileged group, might not have even noticed might be a painfully frequent experience for the marginalized. As an ally, it is important to pay attention to these small indignities that leave lasting scars. And when you do notice them, don’t ignore them, which can be easy to do.

This also calls for watching your own words, actions, and behavior. An ally must be attentive to how an underrepresented colleague pronounces their name or identifies themselves. Addressing them in the same way takes little effort but it shows that you respect them, and that counts for a lot.

Sign up for Learnit’s Microaggression Training, which can help you spot understated actions that leave others with an experience of feeling excluded.

3. Give and receive honest feedback

Feedback from managers and team leaders is crucial to an employee’s growth in an organization. It helps them learn, improve, and gain confidence. Yet, it is a fact that women receive less feedback than men, whether it is due to bias or avoidance. As an ally – especially if you are in a position where you can be a mentor to others – you have a duty to give your marginalized colleagues regular and personalized feedback, both in formal and informal settings. This requires that you pay attention to how they handle a task, pitch in with suggestions so that they can make course corrections if required, answer their queries, listen to their ideas, acknowledge their skills, and provide constructive criticism when needed.

Feedback works both ways. Allies must also be comfortable receiving feedback on their conduct and even their DEI efforts. If it isn’t complimentary, they must show grace in accepting that feedback and make an honest effort to work on their shortcomings. It is important to note here that underinvested groups aren’t always free with their words and opinions for fear that it might get them fired or further sidelined. Allies must strive to build strong relationships of trust with these colleagues, so that they can offer their advice and honest opinions freely and without fear.

Learn to give quality feedback with Learnit’s Giving and Receiving Effective Feedback workshop.

4. Get out of your comfort zone

It isn’t easy to overturn deep-seated prejudices, practices, and behavior that have a degree of acceptance because they’ve always been around. Even starting a conversation about them can be downright difficult. You’ll not only need to convince a whole lot of people – including team managers, senior leaders, and human resources – but also get them to look at their own conduct and shortcomings. They won’t like it and you’ll face walls of resistance. In such a situation, it is human nature to want to give up and walk away. But being an ally means pushing ahead no matter how hard. Remember, it’s not about your feelings and experience but about the people you are advocating for and how they’ve been waiting for positive change for a long time. And if you do accomplish what you had set out to do, don’t expect any rewards. That’s not what allyship is about.

Learnit’s Dealing with Conflict and Difficult People workshop is equipped to help you understand and handle difficult behavior in the workplace.

5. Be proactive, not performative

Diversity, equity, and inclusion experts will tell you that proactive allyship is better than performative allyship. In the wake of the death of George Floyd in 2020, corporations worldwide posted black squares on social media to show support for the fight for racial justice. That is an example of performative allyship. It is well-intended but does little to change the status quo. An example of proactive allyship would be a company committing to giving its Black employees more representation in managerial positions and making good on that promise. Greater representation and equal opportunities lie at the heart of Black allyship, LGBTQ+ allyship, trans allyship, and more, considering the dearth of opportunities for these groups, especially at the higher levels. In corporate America, male executives outnumber female executives seven to one while the ratio is 17 to one at the CEO level, according to one report. It’s worse for women of color, who make up just 4% of C-suite leaders, says the previously mentioned McKinsey study.

How to create a culture of allyship

The latest Global Diversity and Inclusion Survey by PwC reported 87% of businesses as saying that diversity and inclusion is an organizational priority. Yet, according to the DDI study mentioned earlier, only 27% of the leaders surveyed said they felt inclusion was a strong part of their company’s culture.

Here are some tips on how companies can create a supportive culture by using allyship as a diversity and inclusion tool:

With four very different generational groups sharing the workplace, what should leaders focus on to be effective today and tomorrow?

Understand the fundamentals of transmitting and receiving data

A strong EVP can help employers maintain a healthy workforce, attract new talent, and tide over the Great Resignation.