The Athlete’s Mindset: Lessons in Leadership

How do top athletes follow up their sporting achievements with equally rewarding second careers? With discipline, grit, teamwork, and more 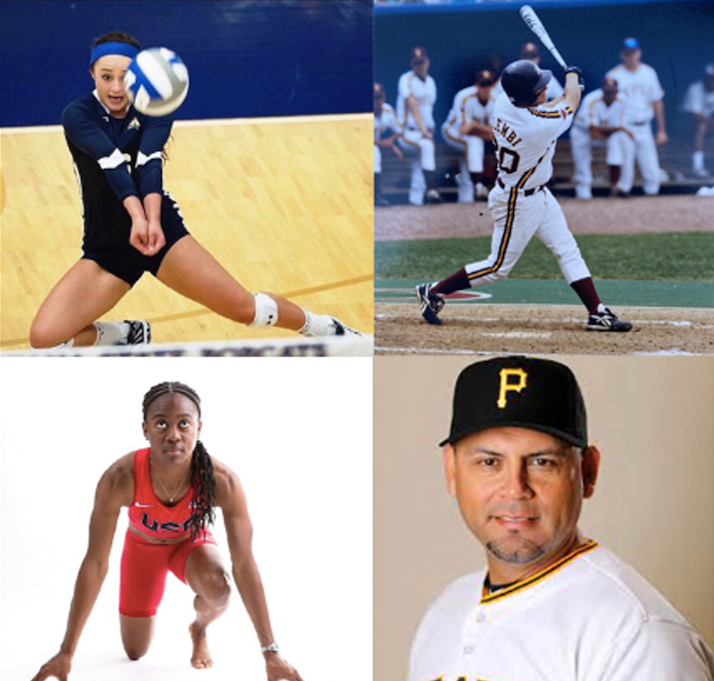 Athletes make natural leaders. There are plenty of inspiring stories of professional athletes who achieve excellence in their respective sport and go on to do the same in second (or even third or fourth) careers. Alex Rodriguez, Venus Williams and LeBron James are some names that come to mind. Similarly, there is an impressive roster of business leaders with backgrounds in sport – Ford CEO Jim Hackett and PepsiCo CEO Indra Nooyi, to name a few.

Ask any of the players mentioned above and they’ll tell you that the lessons learned during their playing years helped them pivot successfully to alternative careers, whether in sports (coaching, team management) or outside of it (business, education, etc). The link between athletic participation and leadership has also been established in recent research. A study by Ernst & Young shows that 94% of female executives have a background in sport, and over half of them participated at the collegiate level.

In July, we at Learnit organized a panel event, “Adopting the Athlete’s Mindset,” where four of our participants with sporting backgrounds – including Learnit CEO and former college baseball player Damon Lembi – gave us key insights into how competing at an elite level equipped them for success outside of their athletic careers, including in leadership roles. You can watch the panel discussion here. In this article, we take the conversation forward with a deeper look at how sports set up athletes to become capable leaders and how you can learn from them.

The primary determinant of success is not talent or experience but mindset, says the sports psychologist Dr Stan Beecham. In sports or in business, success comes from winning the mental game. Athletes, including the Learnit panelists, are unanimous that what makes them mentally tough and gives them an edge over others in their professional (and personal) lives are the qualities derived from being fierce competitors. Here are some of these qualities:

‍Being in competitive sports means setting goals, as an individual or a team. The more audacious the goal, the greater the accomplishment. Case in point, the Pepperdine Waves' win in the 1992 baseball College World Series after being seeded seventh in the eight-team tournament was the result of a crazy moonshot goal set by head coach Andy Lopez. Having the mindset to strive for an “impossible” goal could very well lead to the next great innovation in the workplace.

‍Working towards goals requires effort, time, and most importantly, discipline. Learnit panelist and Google executive Kasey Altman found that the discipline she learned as a collegiate volleyball player carried over not only into her corporate jobs post-retirement but into other aspects of her life as well. A Stage 4 cancer survivor, Altman says inspiringly that her early morning weight training as an athlete was instrumental in preparing her for her 6am radiation sessions.

‍The road to success is bumpy and everything doesn’t always go to plan. There are no athletes who don’t go through slumps, mental blocks and loss of form. Some suffer worse, potentially career-ending setbacks. Irish gymnast Kieran Behan pushed on through a botched surgery that left him wheelchair-bound, a debilitating brain injury, a broken wrist, and two broken knees to fulfil his dream of participating in the 2012 London Olympics. It’s hard to think of an equivalent career setback in the non-sporting arena. What’s perhaps even rarer is the kind of superhuman resilience and mental toughness Behan – then only 23 – showed.

‍Most elite athletes wouldn’t be who they are without their keen minds capable of thinking strategically and analytically. In soccer, the success or failure of a team is sometimes decided before kick-off – at the time the captain or manager unveils the game plan and player delegation. If the initial strategy stops working mid-way through the match, a course correction is required. Businesses face the same kind of fluidity and are always on the lookout for employees and potential leaders who show strategic planning, adaptability and quick thinking. Strategic thinking is closely tied to emotional control. “You can be an inch from winning but still miles away if you allow emotion to interfere with the last step,” says tennis great Andre Agassi, who has found success as an educationist since retiring from the sport.

‍Athletics teaches professionalism. According to Gabe Jaramillo, who has coached some of the world’s top tennis players, professionalism is a hallmark of champions. It might mean showing up to practice 30 minutes early, setting a goal for each training session, or preparing their equipment for the entire season in advance. Jaramillo adds that this professionalism is so ingrained in the champion’s mind that it remains long after the player has hung up his or her racket and taken a different career path.

4 lessons in leadership athletes can teach us

‍“You can't be afraid to fail. It’s the only way you succeed.” If LeBron James, a four-time NBA MVP and entrepreneur, says so, then it must be true. Most athletes insist that it is, in fact, essential to fail, and fail again, to reach peak performance. One way of dealing with failure is to go back to the fundamentals. This is the method Agassi chose when he nosedived in the rankings from 1st to 141st, all within the space of a year, in the late 1990s. “My coach said, ‘we do either of two things – decide to quit or start over’,” Agassi said. Starting over proved the right choice. The tennis star staged a miraculous comeback, winning five of his eight Grand Slam titles in the following years. In today’s challenging and ever changing workplace, individuals are driven by the need to succeed. But it is through failing that they learn self-reflection and self-improvement and find new ways to face challenges. Showing the resilience to bounce back from failure is the trait of a good leader – in sports, in business and in life. A work culture where leaders encourage team members to gain strength from failure is the need of the hour.

‍From the bench to the boardroom, a leader must inspire teamwork. And teamwork is crucial for success. “We plugged into the power of oneness instead of the power of one man,” is how basketball coach Phil Jackson famously explained the Chicago Bulls’ six NBA championship wins in nine years while alluding to the team’s talismanic player Michael Jordan. Another basketball anecdote that testifies to the power of teamwork is the 1992 drubbing of the US men’s Olympic team – dubbed the Dream Team because it featured the likes of Jordan, Scottie Pippen, Charles Barkley, Larry Bird and Magic Johnson – by a bunch of student players during a practice game. “We didn’t know how to play with each other,” Pippen said of the defeat. Luckily, the all-stars brought their A-game to the Barcelona Games to win gold.

‍Getting comfortable with discomfort and dealing with difficult people and situations is part of being an athlete. This gives them the rather rare ability to have difficult conversations, a much appreciated leadership quality in any sphere. Venus Williams runs a successful interior design and fashion business while still being an active tennis player. She’s also an ace at difficult conversations, having shown this talent at Wimbledon in 1998 when she spoke up for equal pay for women players. She was 18 then. Nine years later, Williams was instrumental in making equal pay in tennis a reality. “For me it was simple and clear; it was about standing up for what I believed was right,” she told Forbes in 2020. “… I’m happy I was able to do my part and will continue to do so until it doesn’t need to be a conversation anymore.” According to Matthew Davidson, president of the non-profit Institute for Excellence & Ethics, the experience athletes gain from having tough conversations teaches them how to “manage conflict, challenge a fellow team member, listen, but also how to lean in and make their voice heard."‍

Be a leader, not a manager

‍A common workplace misconception is that the manager is the leader. The world of competitive sports shows us that simply wearing the hat does not make one a leader. For instance, the most talented player or the most experienced one need not be the leader. A less talented player who is able to inspire and motivate others to do their best is better suited for the role. Leadership, after all, is the ability to lead, support and energize your team. Many athletes learn leadership skills from coaches and mentors, as is the case with the Learnit panelists. Speaking of lessons learned in sports that helped them succeed in business, Cornell graduates say the essence of a good leader is to understand what matters to people, what motivates them, where their values lie and how they like to be acknowledged. It’s also important to realize that leadership isn’t only about leading others. Touching on the importance of self-leadership on the podcast The Tim Ferriss Show, basketball coach George Raveling says, “… If you can’t lead yourself, how in the world are you going to lead anybody else? For many of us, the only person we’re ever going to get to lead is ourselves.”

These are challenging times for businesses. Covid-19 and its associated changes are forcing companies and individuals to constantly adapt and transform. Their success – and sometimes survival – depends on the leadership they show. This makes it imperative for today’s business leaders to adopt an athlete’s mindset. Athletes, after all, have a proven track record of pivoting successfully from sports to business and other careers. They have the playbook on what it takes to flourish under pressure when others fold.

Thank you! Your submission has been received!
Oops! Something went wrong while submitting the form.
No items found.

People are more stressed and burned out than ever before. Companies that protect the physical, mental, and financial well-being of their employees not only gain a healthier workforce but also business success.

With four very different generational groups sharing the workplace, what should leaders focus on to be effective today and tomorrow?

How to be a hybrid workforce hero

The mindset and skill set that is imperative to successfully leading a hybrid team.