A discussion with inspiring leaders from our non-profit partner, Foundation Fighting Blindness (FFB). 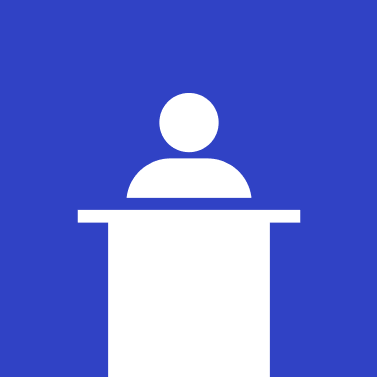 Register for the event

A recorded discussion with inspiring leaders from our non-profit partner, Foundation Fighting Blindness (FFB). Our speakers shared their stories of resiliency and their experiences living and working with blinding retinal diseases. We learned about how the team at Foundation Fighting Blindness is driving impact through their incredible research and mission to end vision loss.

View all resources from the event here.

Michelle Glaze is the Associate Director of Professional Outreach for the Foundation Fighting Blindness.  Michelle joined the Foundation in February of 2019 after 15 years in medical sales.  Her passion for this role with the Foundation stems from personal challenges with vision loss due to retinitis pigmentosa.  Michelle also serves on the board for the Alabama Department of Rehabilitation Services, as a representative of the Mobile district.

Michelle received a master’s degree in Education of the Deaf, with a minor in mathematics, from California State University, Fresno in 2000.  She went on to teach Algebra at Central West High School for 3 years.  After moving to Alabama, she began her career as a medical sales professional in 2004.

Michelle has one son, Parks, who keeps her very busy.  Parks enjoys many extracurricular activities including baseball, football, and band.  When she has spare time, Michelle enjoys exercise, music, and cooking.

Personal: John has retinitis pigmentosa (RP) with light-perception only vision remaining. His diagnosis came at approximately age 5, some 57 years ago, and he last drove a car 1 month prior to his 40th birthday. He uses JAWS and other text-to-speech technology and was recently a participant in the ReNeuron stem cell clinical trial at Massachusetts Eye and Ear Infirmary. He lives in St. Louis Park, Minnesota, a suburb of Minneapolis. John has 2 adult daughters and 2 granddaughters, none of who have RP. John’s older brother has RP but his 2 sisters do not.

Professional: John has been the Foundation’s Director of Legacy Giving since 2011. His responsibilities include assisting those who would consider making the Foundation a part of their lasting legacy through a gift from their will, trust, retirement plan, life insurance and other forms of estate gifts. Prior to joining the Foundation, John had a 30+ year career as an attorney in the private practice of law. He worked significantly in the areas of estate planning and estate administration.

John remains an avid volunteer fundraiser for the Foundation, primarily through the VisionWalk Event. His VisionWalk Team surpassed $1 million in money raised since the inception of that event 15 years ago.

Personal: Richard is blind from X-linked, retinitis pigmentosa with only less than 1% tunnel vision remaining and has a guide dog from Guide Dogs for the Blind so that he is able to travel anywhere in the country. In addition, Richard uses an iPhone with Voiceover and JAWS screen reading software to read emails and work with documents on his computer.

Professional: Currently, Richard is Director of Development for the Foundation Fighting Blindness and manages a nationwide portfolio of major donors within the Visionary Circle Program. Richard connects with high-capacity donors, corporations, and foundations to create and build strong relationships that will lead to lasting financial support for the FFB mission.

Richard reorganized the Denver Chapter for FFB in 2004 and was volunteer president until 2006 and has managed the volunteer chapter until 2020. The Denver Chapter has won three national awards as the most outstanding chapter in the United States out of 41 chapters.

Since 2006, Richard has been leading fundraising events including the Colorado VisionWalk raising over $1.8 million since 2006. The event in 2019 set a new record for Colorado, raising over $214,000!

In addition, Faubion has been involved with the success of the 20-year history of the Denver Scramble for Sight golf tournament raising more than $2 million.

Richard has a BS in Industrial and Systems Engineering from Georgia Tech and led I.E. efforts at Zenith Radio, Schlitz Brewing and Continental Can companies. He received his MBA in Finance/Accounting from Keller Graduate School of Management in Chicago.

For the month of November 2021, we are partnering with the Foundation Fighting Blindness. 100% of donations from these events will go toward supporting the foundation's effort to reverse blindness and restore vision.

Those who attend all three of Learnit's free Friday events will receive a Badge of Certification in Driving Impact. Visit our online community, Offsite, to RSVP, access exclusive Ask the Expert sessions, and more! Learn more about our community certification / badging program here.

Free Event: Connecting and Sharing with Your People the Right Way: OneDrive, SharePoint, and Teams Basics

Learn how to communicate and collaborate with your people successfully using some of our most important day-to-day applications.