Simple steps to opening the door for inner peace

Both the body and mind need to find ease to relax fully. 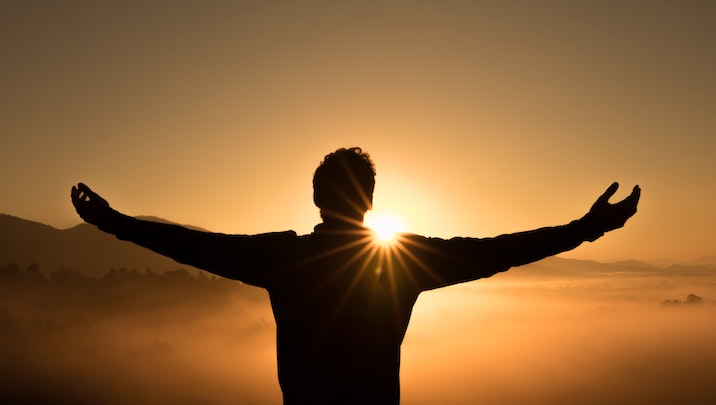 The 5 Agreements, From Don Miguel Ruiz

Don Miguel Ruiz, the youngest of 13 children born into a humble family in rural Mexico, grew up learning about the traditions and wisdom of the Toltec culture from his parents. But instead of becoming a traditional practitioner, he went to medical school and practiced neurosurgery with his brothers, until, he has said, he “realized that what needed to be healed was not only the physical brain, but the human mind as well.”

A near-fatal car accident convinced Don Miguel that he should continue the legacy of his family. He realized that the Toltec teachings held the tools he sought to help people be happier, and he returned to Mexico and became a shaman. He went on to teach widely in the United States before encountering yet another setback, in 2002, when he suffered a massive heart attack that left him in a coma and with a severely compromised heart. He received a heart transplant in 2010 and is once again speaking and teaching all over the world.

Being honest with ourselves and others frees us to be real. Speak with integrity; don’t gossip or speak ill of others. Take responsibility—don’t blame. Being real feels good. Our reality is not going to match others’ realities because we all have our own movies going on in our heads. Perceptions vary because we’ve all lived a different life and processed the experiences of our lives through different glasses.

If we lead with loving intentions, and a do not harm attitude, we can go to sleep at night with peace in our hearts.

This doesn’t mean ignoring the do no harm ideal, but it does relieve us when we feel we have abided that agreement and we’re still misunderstood. We all project at times, and we tend to get triggered when something hits a hot button that may be true at some level. (Though not always.)

What’s the old adage? Assumptions make an *&% of you and me. If everyone is living in their own fantasy world then it would stand to reason that they’re not in our made up world. Most of us aren’t mind readers. Rather than think he should know what I want, why not make it clear by stating it?

Ask for what we want. Ask questions to clarify actions that hurt or confuse us rather than presupposing that the other person automatically thinks like us or should know better. Practice open-mindedness. And if you’re going to make an assumption, I guarantee you’ll feel better giving the person the benefit of the doubt, even if that doesn’t turn out to be the case. Assuming the worst makes us feel bad. Wouldn’t it be kinder to ourselves to assume the best and then deal with whatever the reality is?

We will be disappointed sometimes, sure, but going the alternate negative route means disappointment every time.

Our best changes for day to day and sometimes moment to moment depending on what’s going on in our lives and how healthy we feel physically, emotionally and spiritually. We can offer the world more love when we start with ourselves.

We all mess up, but there’s no benefit in beating ourselves up over it. Let’s catch ourselves when we’ve stumbled off the path and take note without self-punishment. Hurt people hurt people. Sometimes we hurt others, which ultimately hurts us. This is life. Forgiving ourselves makes it a lot easier to make amends and asking for forgiveness from others as well as forgiving others for their weaknesses and imperfections.

Since we all have a different life experience and these different movies playing in our minds, it makes sense that we don’t know what we don’t know. This doesn’t only apply to listening to others! It applies to listening to our own thoughts and opinions. Whenever I’ve had an aha moment I think, Wow I just learned something new that I’d had a different opinion about only a moment ago. Up to that instant I might have been pretty darn certain about my old opinion!

So, we need to be open to others’ thoughts and ideas and ideals if we want to grow and learn and evolve and support each other. It doesn’t mean we’ll change our mind movies every time, but our attitudes with others will come across with acceptance and understanding which encourages connection. And isn’t that what our relationships are all about?‍

Strategic Planning: The Key To Your Company’s Future Success

It’s the start of a new year, and there’s no better time to talk about the future. Businesses need the power of strategic planning and design thinking to be future-ready in a fast changing world.

Improve your speed and productivity in Excel — Do you know these keyboard shortcuts?

Intuition: It's more than your gut

Three types of intuition guides our intuitive decision-making, but not all of them suit every situation.