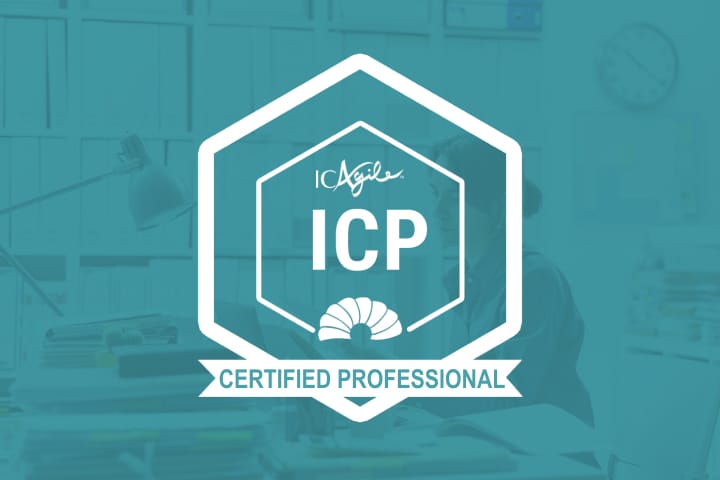 This is not a highly technical or specialized course, and is therefore available to anyone who wishes to learn more about Agile project management. If you are responsible for delivering high-quality software within your team, then this course is for you. Typical students include business or technical analysts, project managers, developers, and software engineers.

This course is designed to teach students the fundamental premise behind, and techniques of, agile project management - and how to apply them within a software development team. Throughout this course, students will gain practical, hands-on experience in the following areas:

Agile methods have become the most effective for delivering top-quality software in recent years, and this course is designed to offer both practical lab work and teaching to ensure a complete, rounded education.

To top it off, students will also receive the ICP designation on completion of the course, demonstrating that the student has received training in these 5 specific areas:

Team Exercise: We will explore as a class what problems plague software development so that we can recognize how Agile is an answer to real world problems.

Team Exercise: Teams will engage in a fun exercise that will reinforce the importance of, and power behind, self-organizing teams. As with sports teams, individual roles are important, but even more important is the need to work toward a common goal together. At times that means blurring the lines of traditional roles. Great teams will not define themselves by their individual roles.

Team Exercise: We will discuss as a class what makes a great team based on teams we've participated on that were great.

Team Exercise: Teams are tasked with assigning a priority to their user stories at the appropriate level of detail.

Team Exercise: Teams are tasked with assigning story point estimates to enough user stories to extend at least a few iterations into the future. The methods for determining the story point estimates will be Planning Poker and Affinity estimating. Teams will be given enough time to begin to see some consistency in their team and triangulate relative sizing of their stories. Teams are then asked to estimate their team's velocity.

Team Exercise: Teams are tasked with discussing the details of the stories that, based on the estimated team velocity, may be completed in the first iteration. As the details are discussed, the tasks will be identified that would be needed to achieve the desired result. Next, with all of the tasks identified, teams assign actual time estimates to the tasks identified. Finally, the team will revisit the sizing of the iteration to determine if they have the appropriate time and resources to meet their commitment.

Team Exercise: Taskboards are an invaluable communication tool during each iteration. Each team is tasked with coming up with their taskboard that communicates clearly their commitments for the iteration and progress against those commitments.